Remember that huge-ass statue of Gundam in Japan? You know, this one: 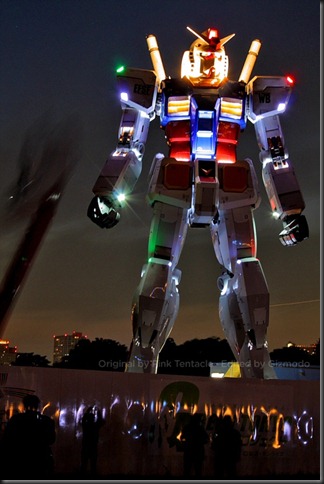 Well China isn’t gonna have any of that, and decides to one-up their geeky neighbors with one of their own. They made a life-sized replica of Optimus Prime!! Oh we’re not talking about THIS statue: 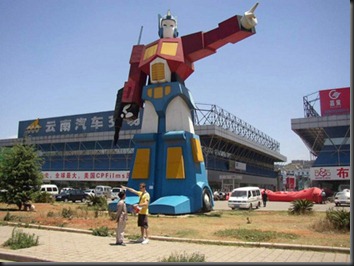 I’m talking about THIS bad-ass motherfucker: 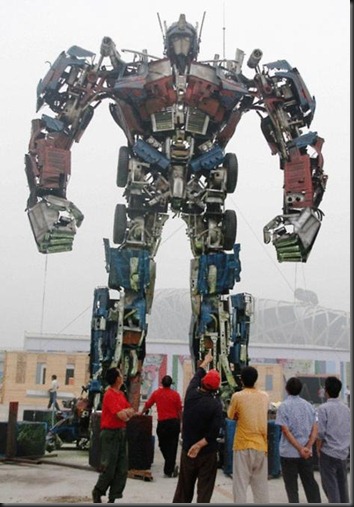 China just got a notch higher in the coolness department in my book. Although the Transformers and Optimus Prime didn’t really originate in China since the original Transformer toys were made by Takara a JAPANESE company, so its kinda ironic trying to one-up your rival with something THEY created. But regardless, its still effing cool to me.

It’s not the first time they made Transformer like statues. In fact, China already made their own Transformer hero in the likeness of those old chinese kung-fu characters/warriors. Like this one: 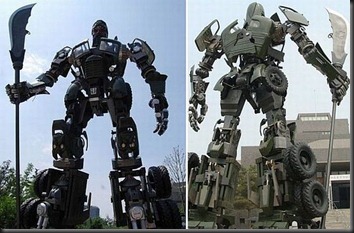 But then again, who gives a fuck about a crappy unknown Transformer right? So they went ahead and made the most iconic and beloved character in the Transformer universe; Optimus Fucking Prime. Oh and you know what makes this particular statue even more awesome? The damn thing is recycled out of busted cars and trash. You gotta hand it to the Chinese, they sure know how to recycle trash…. in style. 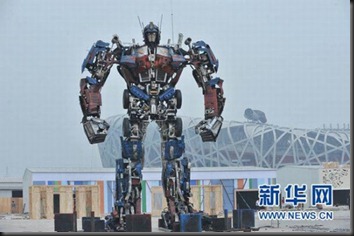